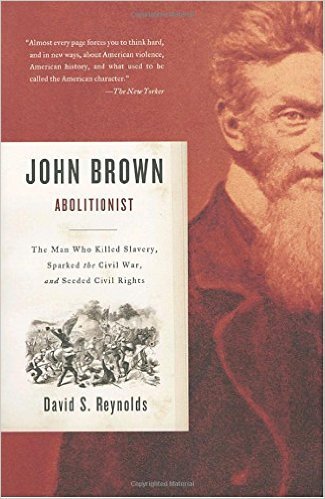 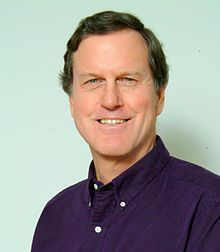 When the court reconvened on Wednesday, November 2, for sentencing, no one suspected that this would be a day of victory for John Brown. He achieved victory through his demeanor and—far more important—through his remarks to the court. These remarks were spread by the Associated Press throughout the nation. As Thoreau had said, words were Brown’s strongest weapons.

Judge Parker asked Brown if he wanted to state reasons why he should not be sentenced. Brown rose and leaned forward with his hands on his lawyer’s table. His eyes fixed on Parker, he said calmly,

I have, may it please the court, a few words to say. In the first place, I deny everything but what I have all along admitted: of a design on my part to free the slaves. I intended certainly to have made a clean thing of that matter, as I did last winter, when I went into Missouri and there took slaves without the snapping of a gun on either side, moving through the country, and finally leaving them in Canada. I designed to have done the same thing on a larger scale. That was all I intended. I never did intend murder, or treason, or the destruction of property, or to excite or incite slaves to rebellion, or to make insurrection.

I have another objection, and that it is unjust that I should suffer such a penalty. Had I interfered in the manner which I admit, and which I admit has been fairly proved—for I admire the truthfulness and candor of the greater portion of the witnesses who have testified in this case—had I so interfered in behalf of the rich, the powerful, the intelligent, the so-called great, or in behalf of any of their friends, whether father, mother, brother, sister, wife or children, or any of that class, and suffered and sacrificed what I have in this interference, it would have been all right. Every man in this Court would have deemed it an act worthy of reward rather than punishment.

This Court acknowledges, too, as I suppose, the validity of the law of God. I see a book kissed, which I suppose to be the Bible, or at least the New Testament, which teaches me that all things whatsoever I would that men should do to me, I should do even so to them. It teaches me, further, to remember them that are in bonds as bound with them. I endeavored to act up to that instruction. I am yet too young to understand that God is any respecter of persons. I believe that to have interfered as I have done, as I have always freely admitted I have done, in behalf of His despised poor, I did no wrong, but right. Now, if it is deemed necessary that I should forfeit my life for the furtherance of the ends of justice, and mingle my blood further with the blood of millions in this slave country whose rights are disregarded by wicked, cruel, and unjust enactments, I say, let it be done.[1]

He finished by saying that he now felt “entirely satisfied” with his trial but had no sense of guilt. “I never had any design against the liberty of any person, nor any disposition to commit treason or incite slaves to rebel or make any general insurrection. I never encouraged any man to do so, but always discouraged any idea of that kind.”

This speech has won many admirers over the years. Emerson called it and the Gettysburg Address the two greatest American speeches. To be sure, Brown lied. The Missouri slave-stealing episode had not been accomplished “without the snapping of a gun”—Aaron Stevens had killed David Cruise. And Brown’s denial of trying to incite a slave insurrection did not jibe with his long-standing plan for southward-sweeping guerilla raids by blacks based in the Appalachians.

But, then, the Gettysburg Address similarly glossed over disturbing details in the interest of making a higher point. Lincoln left out the bloody horrors of the Civil War, just as Brown minimized his bloody tactics. Lincoln wanted to consecrate the war by presenting it as a consummation of the American concepts of liberty and equality. Brown wanted to consecrate his violent acts by associating them with the Golden Rule and with the American ideal of freedom.

The power of what Alfred Kazin calls Brown’s “great, lying speech” lies in its trenchant appeal to a higher law. Many antislavery activists of the 1850s echoed Senator William Seward’s affirmation of a “higher law” to protest against proslavery legislation. But John Brown did it more powerfully than anyone else. He actually had violated the law, persistently and dramatically. He really was a lawbreaker.[2]

In this regard his speech is even more moving than the Gettysburg Address, for it is deeply personal even while making a general statement. Lincoln, speaking for the nation, never mentions himself. Brown does so at every turn. In the excerpt above, “I,” “me,” or “my” are used thirty-seven times.

Rhetorically, Brown positions himself on the side of God. He doesn’t just say that God’s law transcends unjust human laws. He personalizes the idea. “I see a book kissed, which I suppose to be the Bible, or at least the New Testament, which teaches me that all things whatsoever Iwould that men should do to me, I should do even so to them. It teaches me, further, to remember them that are in bonds as bound with them. I endeavored to act up to that instruction.”

Coming after the withering remark that “I suppose” the Court acknowledges “the law of God,” this statement is potent. Brown knew that Southerners prided themselves on their Christianity. They claimed that the Bible ordained slavery. Untrue, he replied.

Untrue, he suggested, because Americans should know the real meaning of the Bible. Americans had revolted against tyranny. Americans sympathized with the downtrodden. They stood for liberty and justice for all. For true Americans the most meaningful Bible passage is the one that asks us to remember those in bonds. Americans knew that it was not “the rich, the powerful, ... the so-called great” who needed assistance but rather the “despised poor,” the weak and the oppressed.

And so John Brown brought both the Bible and America to his side. By the time he declared that he was willing to forfeit his life—to “mingle my blood further with the blood of millions in this slave country whose rights are disregarded by wicked, cruel, and unjust enactments”—his Southern auditors must have been struggling to define themselves. In what sense were they Christians or Americans? What law did they stand for?

No wonder there was silence in the courtroom when Judge Parker announced the sentence: death by hanging on December 2. Brown had hushed the swearing, tobacco-chewing spectators just as he would awe the nation when his remarks hit the newspapers.

Both the South and the North now saw that John Brown was far more than merely an irritating extremist who could be easily dismissed and quickly forgotten. He was a Christian, he was an American—or, at least, he was a credible impersonation of these.

Southerners now scrambled to denounce him. This new development resulted from his stunning deportment during the trial. Before then the South had thought it safe to follow the lead of Governor Wise, Lewis Washington, and Clement Vallandigham in praising Brown for his courage. What was the harm? There was nothing to fear from someone so obviously deluded as he.

But Brown’s performance in the trial and in prison changed opinions in both sections of the country. The North began to see in Brown a hero—not an unblemished one, as Thoreau would have it, but a hero nonetheless. The South, in contrast, deemphasized what it had once seen as Brown’s admirable qualities. He was too impressive to be praised. He now had to be handled as a villain pure and simple—a brave one, yes, but a villain through and through. And, the South wished to believe, his villainy embodied that of the “Black Republican” Party of the North.

[1] “I have, may it please the court”: This speech was printed simultaneously in many newspapers. I have copied it from the Boston Traveller, November 5, 1859.